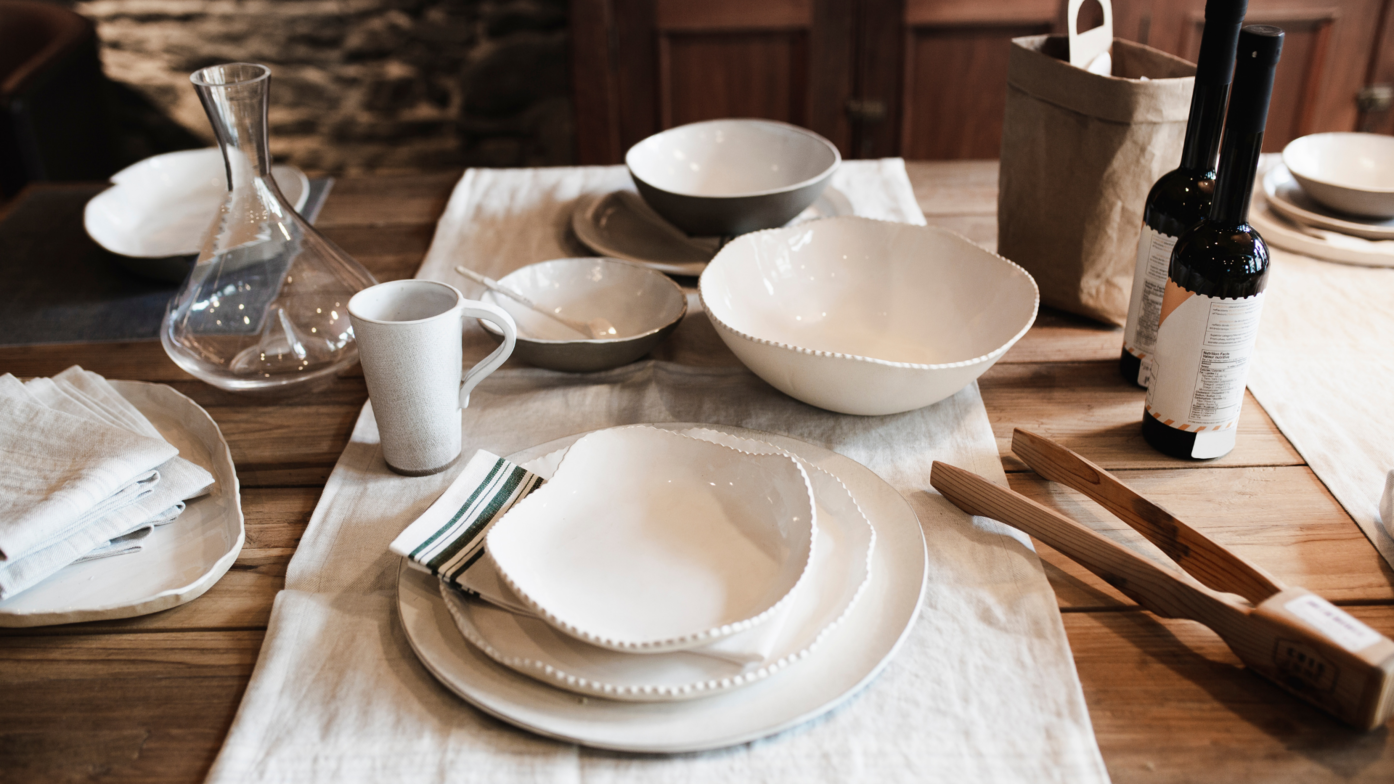 The Lord gave this message to Zephaniah when Josiah son of Amon was king of Judah. Zephaniah was the son of Cushi, son of Gedaliah, son of Amariah, son of Hezekiah.

I once heard another pastor say that we, as pastors, should serve a hot homecooked meal from the Word of God for our people every week. This pastor's charge is my desire each week. And while the sermon itself needs to be a hot, homecooked, Spirit-led meal, a correctly set table is essential for enjoying a good homecooked meal. No matter how good some mashed potatoes and gravy are, I'm not taking turns with my family eating out of the bowl with my hands. Please don't miss understand me, I'm not talking about the correct placement of utensils on the table, but that every utensil or item needed to sit down and savor the cook's work is available. As I look ahead to our next few meals in Zephaniah, I feel like it is of utmost importance for me to offer some resources to help set the table so that you can savor what God has for us in this lesser-known book.

I am attempting to provide some background to better understand the book and the time it was written with each resource. This first thought tries to explain how the current cultural and spiritual climate Zephaniah, Josiah, and Jeremiah found themselves in came about.

Zephaniah is the only prophet who identified himself by going back four generations. He traces his family line back to King Hezekiah of Judah. The prophet probably doesn't include Hezekiah's King of Judah's title out of respect for Judah's current King, Josiah. King Hezekiah served as Judah's King for 29 years and did what was pleasing in the LORD's sight, seeking Him with all his heart. Hezekiah's heart for the LORD, his religious reforms, and God's blessing on the people of Judah during this time of obedience are more than likely why the prophet made an effort to connect his lineage to the former king.

From the beginning, Zephaniah causes his audience to recall the last time the nation as a whole had dedicated themselves to the LORD and what He required of them in the Mosaic Covenant. As a result of their obedience, they experienced God's blessings as described in Deuteronomy 28:1-14.

This prophet had a family history of religious reform and zeal for Yahweh. Zephaniah calls the people to remember the covenant God made with their ancestors and the benefits of their obedience to it by referencing this former King of Judah. He then delivers his messages of coming judgment for nearly six decades of abandoning their God who rescued them from slavery in Egypt to worship and follow other gods resulting in evil behavior.

At this point, you might be wondering why Judah was in such dire need of religious reform. In other words, how did they get so far off track in their relationship with God? Josiah is King of Judah when Zephaniah carries out his ministry. As a member of the royal family, there is little doubt that the prophet had the ear of Josiah and knew the spiritual condition of the royal leadership. His messages had to affect how Josiah led and the religious reforms performed under his reign. But why the need for such an overarching reform and Zephaniah's effort to influence his king?

While Josiah's great-great-grandfather Hezekiah set a godly example for generations to follow, both Josiah's father, Amon, and his grandfather Manasseh did not. Manasseh ruled in Judah for 55 years and led the people to worship many false gods. Even though he finally realized that the LORD alone was God after He freed him from Assyrian captivity and encouraged the people to worship the God of Israel alone, the damage was irreversible (2 Chronicles 33:10-17).

After Manasseh died, his son Amon ruled in Judah. The chronicler summarizes Amon's life and reign in a few short verses. Amon did what was evil in the LORD's sight, did not humble himself like his father had, and instead sinned even more. Amon's officials assassinated him in his palace. After the rest of the people of Judah killed those who had conspired against Amon, they installed his son, Josiah as king at just eight years of age.

After the 57 years of poor spiritual leadership by Manasseh and Amon, the time for the LORD to be faithful to His end of the covenant was quickly approaching. God will be faithful to His Word, and this includes His promise of cursing for disobedience as described in the Mosaic Covenant (Exodus 19:5, 8). God revealed this truth of Himself and about the coming judgment to Zephaniah and commissioned him to warn Judah of coming judgment in an effort to cause the people to see the error of their ways and humbly repent so that they might have hope, even amid God's judgment.

As you read about each of these kings, ask yourself the

Do they set an example for me to follow or to avoid? Why?