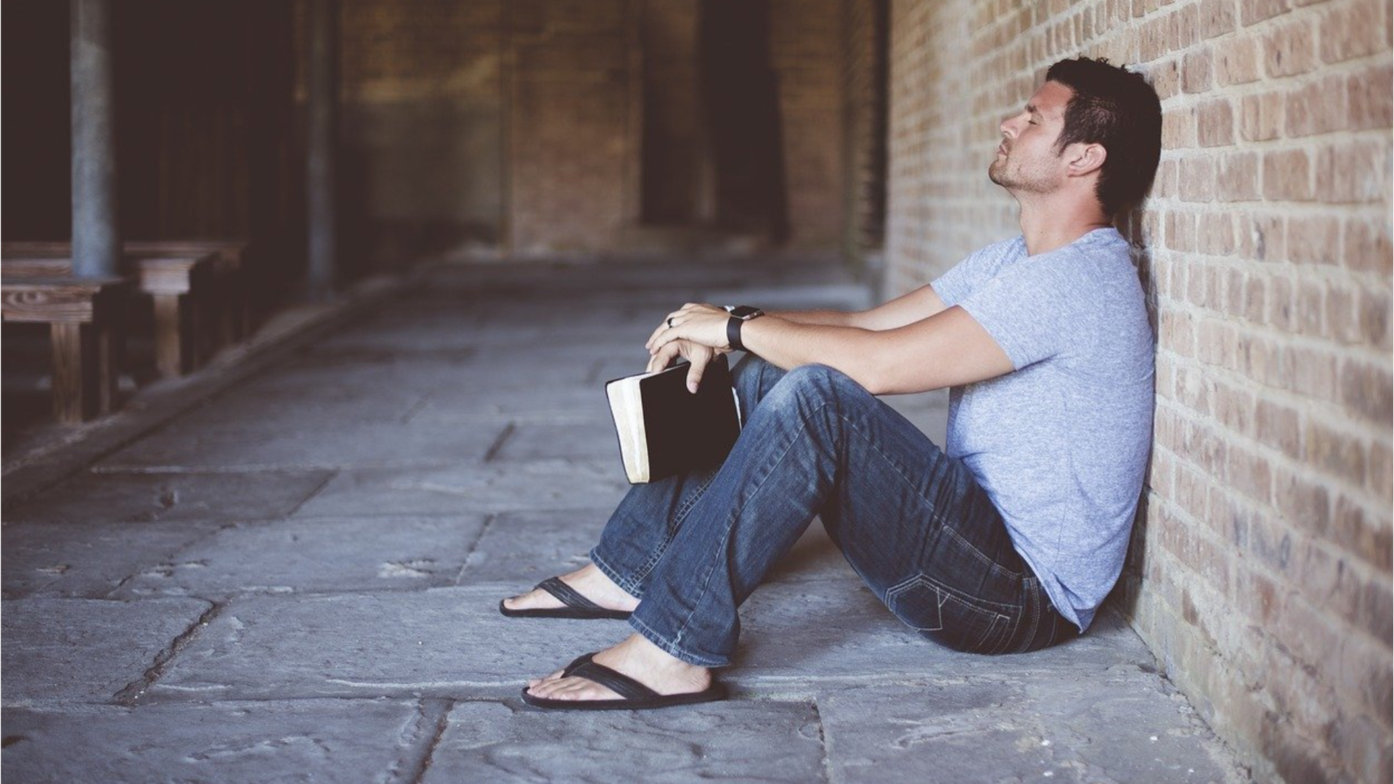 These two verses in the book of Hebrews are nothing short of breathtaking! The writer of Hebrews says that we as God's children are human, we are flesh and blood, and we all have this in common. Yet, God the Son added our nature to his divine nature by becoming human. Having a body wasn't natural to him since God is spirit (John 4:24). Verse 14 goes on to explain why Christ became human. He became human so that he could die. Let his reason for coming set in, coming to offer his life as a perfect sacrifice for our sin wasn't a secondary reason for becoming human, but the very reason for becoming human! As a spirit, he couldn't die, but as a human, he could die in our place and satisfy God's wrath on our sin.

By becoming human and perfectly obeying God's law, Jesus was the perfect sacrifice. His work on the cross and his resurrection broke the devil's power; they rendered him ineffective. Because Jesus has completely paid the spiritual amount we owed God, we have been set free from the power and penalty we deserve for breaking God's laws. The charges against us for breaking God's commands have been nailed to the cross and paid for by Jesus. Satan has lost his power to use our sin as his reasoning for our eternal separation from God (Colossians 2:13-15; 1 John 2:1). Jesus destroyed the devil by becoming human and dying in our place. His resurrection is proof that God the Father accepted Jesus' sacrifice on our behalf (Romans 4:25).

We don't have to think of death as something to fear!

The result of Jesus' death and resurrection is that we don't have to be a slave to the fear of dying. Even though death is unnatural and is an enemy to be destroyed, we do not have to be afraid of it! Humanity could not escape death on its own; for this reason, the Word became human and made his home among us (John 1:14; 1 John 4:14). For those of us who believe in Christ, we hold on to the promise that though we die, we will live (John 11:25).

We should view death as something resulting in great joy!

Instead of fearing our death, the New Testament encourages us to view it with joy as death brings us into the presence of God forever! After we take our final breath on this earth, we will find ourselves in heaven with God the Father, Jesus, and the host of other believers (including friends and family) who have gone on before us! God uses death as a way to conform us into the image of his son and free us from our bent towards sin. As a result of being delivered from our sinful nature, we will enjoy an unhindered relationship with God and others forever! In addition to being freed from our fallen nature, we are one step closer to receiving our new and eternal bodies (1 Corinthians 15:20-23).

We should think of death as a comma and not a period!

As we journey through Promises, we will discover that God has so much more in store for us than the life we get to live on this earth. I love passing the fields on the way to the church on mornings, where a thick fog hangs over the pastures serving as a floor for the sun's beams to dance. However, that morning fog is there and then gone. The morning fog is an excellent reminder of how brief our life is on this spinning rock. Knowing that death awaits all of us at the end of our short lives, it is comforting and exciting to know that death ushers us immediately into heaven to be with God and enjoy every eternal promise he has given us in his Bible.

Understanding that being absent from our body is to be present with the Lord reminds us that death is not a period, ending a Christian's existence but a comma that introduces God's best in the life of the deceased believer. Belief in Christ transforms funerals into "See you later" rather than "Goodbye forever." With great love, Paul offers pastoral counsel to the believers at Thessalonica as they were concerned about their brothers and sisters in Christ who had already passed away.

In these few verses, Paul packages many truths that provide comfort for those who have already and will have to say goodbye to friends and loved ones by way of the grave. He doesn't forbid grieving over the loss of someone we love, but he does say that we shouldn't grieve like those who have no hope (4:13). Those who have no hope are people who die without a relationship with Jesus. What is the hope that we have in Christ? We have the promise of a future resurrection, of new bodies! At death, our physical bodies rest in the dirt, and our souls go to be with Jesus. When Jesus comes back for his Church, the souls of those who have gone to heaven before us will come back with Jesus and unite with their glorified bodies (4:14). Because Jesus rose from the dead, we will be resurrected (or have our bodies transformed if we are alive at the time of the rapture) at this time described in 1 Thessalonians 4. Paul's goal in giving this glimpse into the future wasn't to expand their knowledge of God's plans for the end times but to provide comfort and encouragement when dealing with or facing death.

Even though death is unnatural (not part of God's original creation) and the last enemy that Christ will defeat, as Christians in Christ, his victory over death guarantees our victory over death (4:14; 1 Corinthians 15:20). This promised victory over death through our resurrection allows us as believers to not be a slave to the fear of death. We can view death with joy, knowing that dying ushers us into God's presence and that it doesn't end our lives but introduces us to the best that God has for his children! For believers, the best is truly yet to come!

Jan 16
A God Worthy of Our Sending

The Hill of Sacrifice and the Reward of the Other Side The Word on missions. The House of the Lord