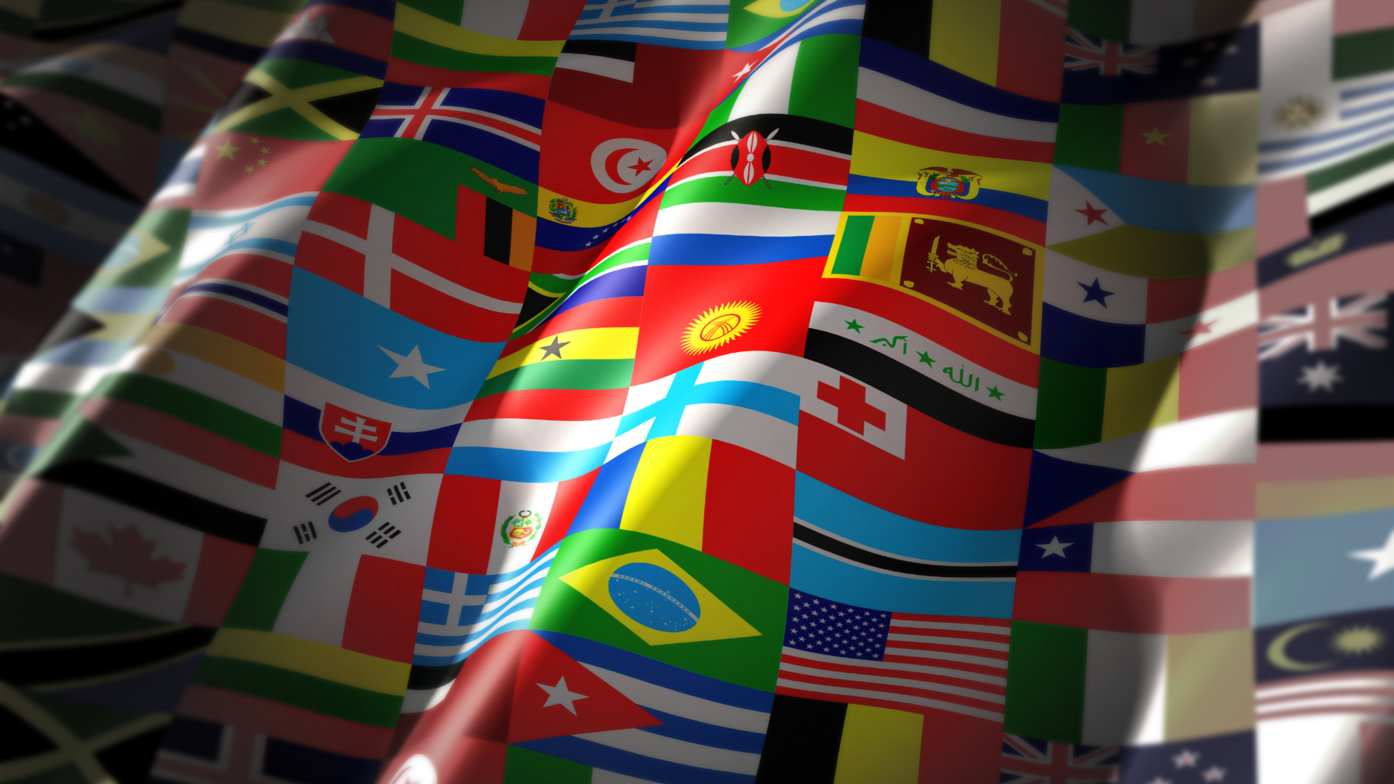 "Blessed is the nation whose God is the Lord."

Sometimes people will use the initial part of Psalm 33:12 to call our nation to turn to God. It also communicates that any country whose God is not the Lord forfeits His blessings and welcomes His judgment. I believe the messages trying to be shared by using this verse are accurate; I also think we must be careful to keep it in context. The rest of verse 12 says,

"the people he chose for his inheritance."

The latter part of verse 12 shows that the Psalmist spoke of Israel's unique position as God's special possession. At Sinai, God entered into a covenant with the people of Israel and them with God. This covenant is known as the Mosaic Covenant. The covenant conditions were laid out in Deuteronomy 28 once again by Moses. There would be a blessing for obedience and cursing for disobedience.

It would be a mistake for the USA or any nation to claim a specific promise God made to Israel in the Mosiac or Old Covenant. God entered into this covenant with Israel for their joy, benefit, and His glory. He had chosen to reveal Himself to them, entrust them to record and preserve the written revelation of Himself, and use their nation to bring about the Messiah. His faithfulness to the covenant made with Israel would be proof to them and everyone throughout history that He alone is God and the One in which they could find hope (33:20-23; Matthew 12:31).

It is also worth mentioning that Psalm 33 is written as praise to the LORD for a military victory. I've been unable to identify what specific military event led to this celebration. Still, we see the people of Israel called to celebrate because the LORD had conquered their enemies and scatted them (Deuteronomy 28:7). The verse describes the joy of Israel as their God blessed them with a victory over an enemy. This victory was God blessing His people when they were faithful to obey His ways.

This verse has direct ties to Israel's special relationship with God at the time. Still, I also believe that the first part of verse 12 can be a general promise for any nation at any time as one examines Scripture. For the sake of our series, we look at selections from Jeremiah and Zephaniah.

Jeremiah also prophesied during the reign of Josiah. In chapter 18, God provides another object lesson for Judah, this time through Jeremiah. Taking Jeremiah to the potter's house, God describes how He deals with nations as the Lord of all the earth (Exodus 19:5). Those who obey Him or repent of their sins, leading to lives of righteousness for Him, experience blessing. Those who rebel against Him and refuse to turn from their evil ways, resulting in a wicked culture, experience His judgment.

As we saw earlier, Zephaniah declares God's coming judgment on the nations surrounding Judah that worshiped false gods. Worship of these false gods naturally led to immorality, corruption, and all types of mistreatment of one another. The nations had other gods and didn't even consider the God of Israel worth worshipping as a whole. The LORD had been patient with these nations just like He had been with Judah, but it was time for Him to act.

Just like a potter has his reasons for throwing out clay, Zephaniah (2:10-11) explains why the LORD is about to judge the nations that are "far" from Him.

"They will receive the wages of their pride,

for they have scoffed at the people of the Lord of Heaven's Armies.

11 The Lord will terrify them

as he destroys all the gods in the land.

Then nations around the world will worship the Lord,

each in their own land."

God will judge these nations just as Zephaniah predicted through the word of the LORD. Judgment would come to humble them. They would demonstrate their humbleness in turning from false gods and worshipping Yahweh alone. Just as God called the Israelites to repent (Zephaniah 2:1-3) and experience His mercy, He invites the Gentiles to as well.

Many past nations brought God's wrath on themselves, resulting in their non-existence today. Assyria (Zephaniah 2:13-15), Sodom and Gomorrah (Genesis 18:20; Zephaniah 2:9), Philistia (Zephaniah 2:4-7), Moab (Zephaniah 2:8-10) are just some examples. After ignoring God's warnings for at least 345 years (from the final year of Solomon's reign to Babylon conquering Judah), even the once-great nation of Israel finally fell in 586 BC.

The oversimplified takeaway is that there will be unwanted consequences for a nation that consistently and persistently turns from the Lord of all the earth. These consequences occur whether or not that nation claims to be a Christian nation or not, for there isn't a nation that is not under our Holy God's jurisdiction.

Remember, God has given us His commands for our good and protection. Through His Word, He has given us everything we need to know Him, live among one another, and live for Him. When we as individuals and a majority of a nation do so, we can experience the joy that occurs as a result. Ninevah serves as a great example. In their history, they experienced God's mercy when they repented and God's judgment because of their habitual pride and rebellion after Jonah's ministry.

Ninevah said of herself,

"I am the one! And there is none besides me."

This arrogant and blaspheming statement declared supreme power and independence. This claim by the people and city of Ninevah challenged God, the Lord of all the earth (Deuteronomy 4:25).

Like the capital of Assyria, Ninevah, those who become so prideful (whether individuals or nations) that they make themselves their own god, will be allowed by the Lord to experience the world that they sinfully desire and its consequences. Romans 1:18-32 shows us the progression of both people and nations that have and continue to defy God and define their morality.

As we conclude, I have two thoughts for our consideration. First, as we look at our nation, it is easy to point out where our nation (Romans 2:1-3 can keep us in check) has turned away from God and His moral standards. May we follow Daniel's example. Daniel found himself exiled to Babylon during his teenage years because of Judah's sin despite Zephaniah's and Jeremiah's preaching. During his lifetime in a culture opposed to his faith and God, he remained faithful. As an older man, probably in his eighties, after spending the majority of his life in exile he prayed for his nation to return to the LORD. As he prayed, he confessed his sin and the sins of his fellow citizens (Daniel 9:1-19). God heard his prayer, was faithful to keep His Word, and a remnant returned to Jerusalem to rebuild the Temple with the backing of Cyrus. Let us be people who faithfully pray for our nation to seek the LORD.

Secondly, even if a nation as a whole doesn't seek the LORD and we as individuals can still humbly seek God (Zephaniah 2:1-3). Those who do can look forward to the day when The LORD their God is living among them (Zephaniah 3:17; Revelation 21:3)!